I've got quite a bunch of custom portrait commissions of dogs, by hearing the funny love stories between them and their owners. ( I feel like the term of owner / master / parents are wierd, as we don't really own animals though, do you have a better way to call them ? )

When I was 10, a friend gave us a puppy, as she couldn't had dogs in her appartement any more. It was a little Tugou* 土狗 ( * literally means Native Dog in Chinese )  But after a year, we moved to a new place where we cannot have animals neither, so I had to say goodbye to him... Sniff Sniff 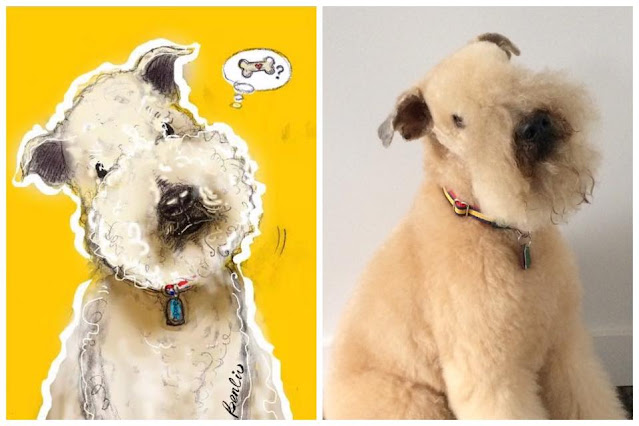 Roxann was going to have her first baby Ugo, she was decorating his baby room and she wanted a framed illustration portrait of her fluffy Wheaten Terrier Capone (aka BouBou) on the 80%-done art wall. She prefers a vivid human touch of a drawing instead of a photography. ( Vive the Good choice! :P )  After I received some photos, I've got the idea : the mango yellow-beige-gray are the key tones. 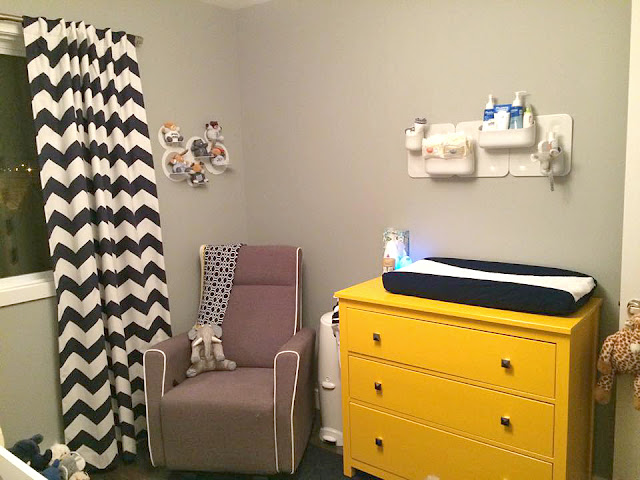 She told me that Capone, her dog always put his head on the side when she talks to him, seems like he really understand her (lol), also he loves receiving his goodies : milk bones, giving his paw to her...

Ok, I've got enough information, so here we go : Capone thinking of his treat in front of a mango yellow background. Which matches the room "branding" colours.

Then I got her feedback right away : 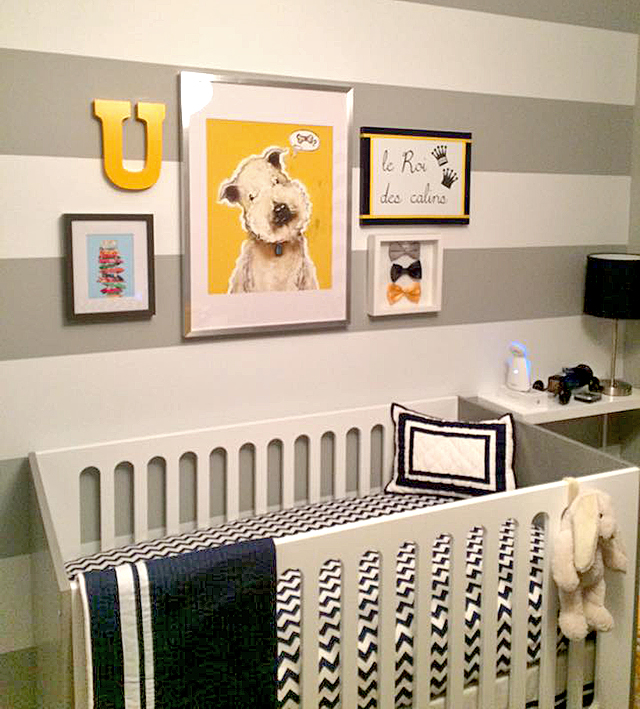 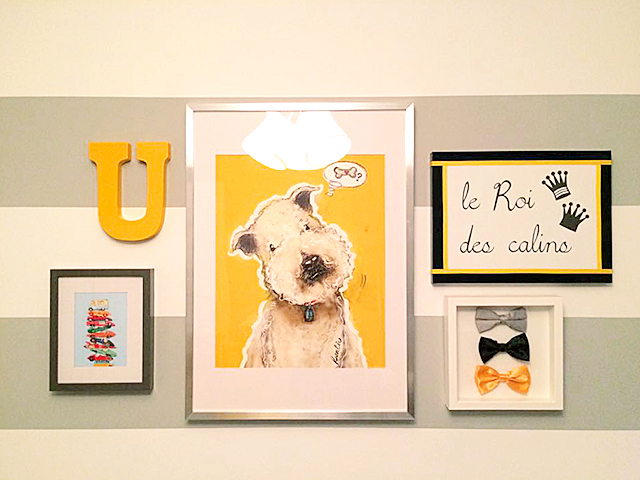 She was very happy with the result and also additionally
purchase Greeting cards + iPhone Case with Capone's portrait on them, form my
Society6 Art-print Shop. 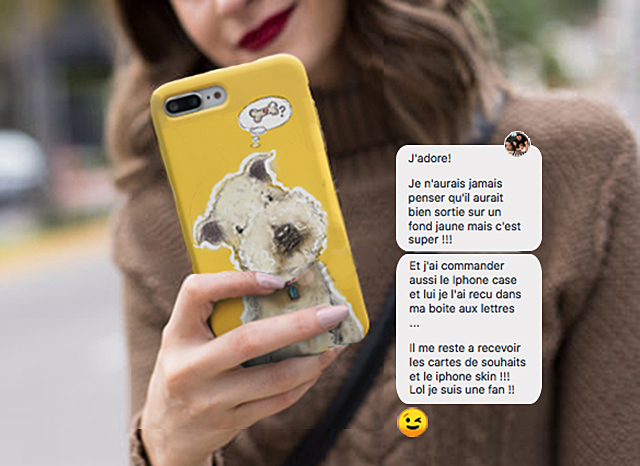 Feel free to contact me if you want a custom portrait
benliubenda@gmail.com 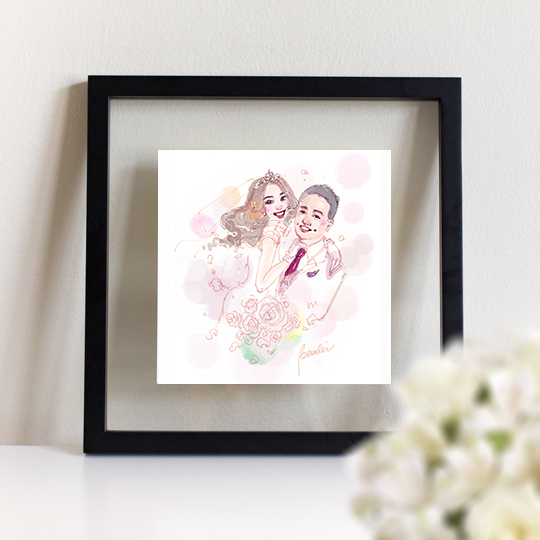 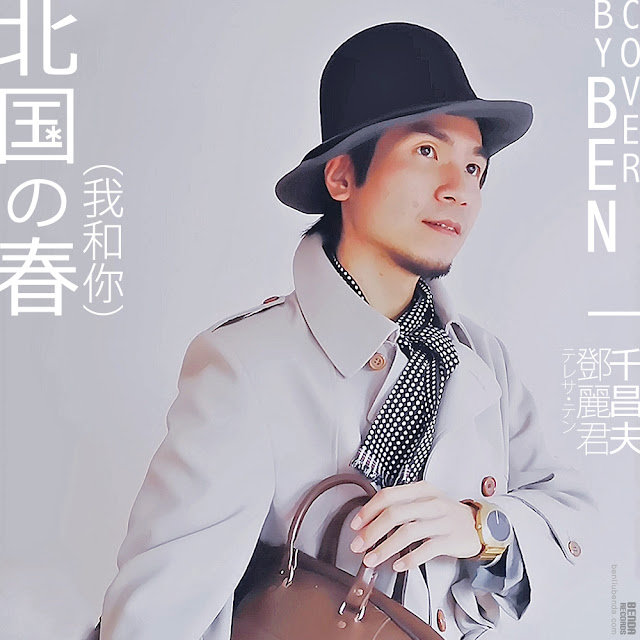 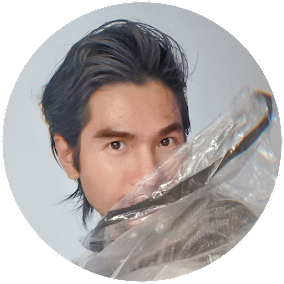